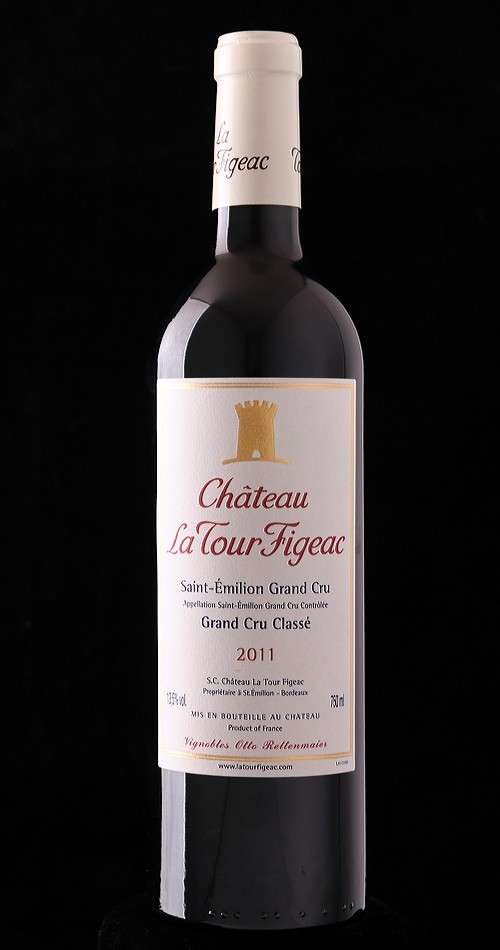 "It is an easy-going, dark plum/ruby/purple-tinged wine displaying sweet tannin as well as plenty of black and blue fruits that hit the palate with some authority, but tend to fade more quickly than other top St.-Emilions. Charming, pure and silky, it is best consumed in its first decade of life. This estate, which was part of the huge Figeac vineyard until it broke away in 1879, has produced a soft, round 2011 from modest yields of 30 hectoliters per hectare. Made by Stephane Derenoncourt’s wife, Christine, it is a blend of 77% Merlot and 23% Cabernet Franc."

"Bright ruby-red. Complex, expressive nose combines red fruits, violet, licorice and chocolate, all lifted by very intense floral notes. Lush and spicy in the mouth, with raspberry and chocolatey plum flavors complicated by a hint of fresh citrus fruits. Finishes with lush tannins and a lingering floral element. Fairly large-scaled, almost chunky, but this seems like a very successful 2011 to me."

"Subdued, tight nose. But do like this one, feel there is successful use of tannic structure. It's pretty fierce, but the fruits are behind it, tightly pressed in an Argentine tango. Attitude. Blackberry and white flowers. High alcohol though."
92 Punkte www.newbordeaux.com